On September 9, 2016, all four of our kids were a couple of weeks into a brand new school year, and I was busy with my first outside-the-home job in over a decade.

We had no idea that cancer was about to enter our lives.

On September 9, 2017, our daughter Aaliyah rang the bell at MD Anderson Cancer Center, signifying the end of her chemotherapy treatment for Ewing Sarcoma. 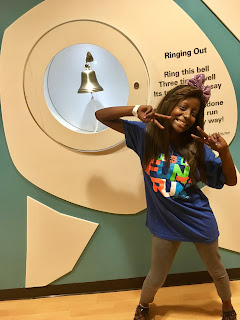 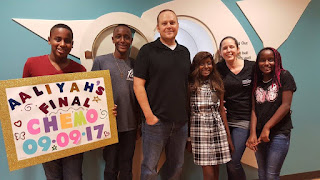 That year in between? 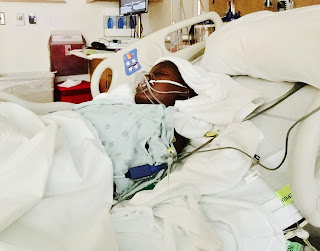 September is Childhood Cancer Awareness month, and I'm afraid I have not been doing my part in spreading awareness. But today is September 9, 2018, the one-year anniversary of Aaliyah's end-of-chemo bell-ringing, and I've been caught up in reflection.

When the biopsy of Aaliyah's tumor confirmed cancer, and when doctors explained exactly how large the tumor was and how invasive and how concerning and how tricky and how surprising...I did not think she was going to survive. Yes, I knew that God had the power to heal her, but I was absolutely terrified that He had a different plan.

At night, I couldn't close my eyes because when I did, I pictured a funeral, a casket, a cemetery, a broken family. I kept friends and family up texting late into the night, and I kept myself up crafting Caring Bridge entries until I literally could not fight sleep another minute, and I fell asleep for nights in a row into a tear-damp pillow wishing I had realized what a gift life was.

So, when Aaliyah rang the bell one year ago today, I determined never to lose sight of that again. Never to let everyday annoyances and the busyness of life get in the way of my joy and gratefulness. My daughter survived, and I would never look at life the same again. I would never take another moment for granted. I would never again lose my temper over nail polish remover spilled on the wooden kitchen table or hairbands clogging the vacuum. Never again would I overreact about a lost lunchbox or a missing homework assignment. I would never again let the rush of life pull me away from the priority of my family.

Yeah, you can probably guess how well I'm doing with those vows.

The new school year has begun, and it has been busy. I am working and writing, and Nate has had a bad run of health. The boys are in football, and our daily life is packed. One day last week I got out of the shower and could only find a hand towel to dry off with. That's how bad the laundry had gotten. Not a single clean bath towel in the entire house. I've lost my temper over messes, and I've let busyness seep in, and everyday annoyances are starting to feel annoying again.

As if I could. 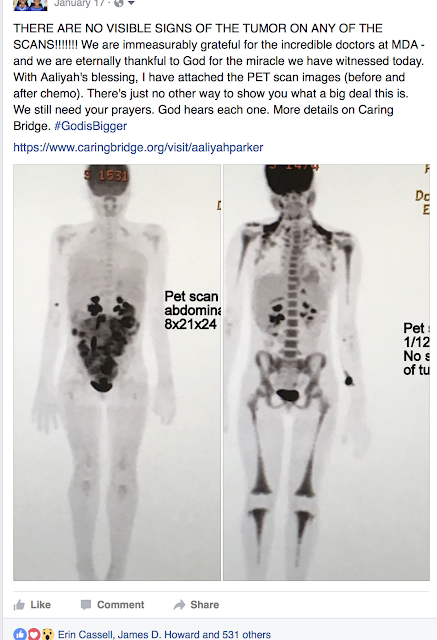 I hope you won't forget, either.

In the year since Aaliyah finished treatment, around 1,700 children in America died of cancer. Their parents' nightmares - the funerals, the caskets, the broken families - became reality. We pass through this life for a few fleeting decades, if we're lucky enough to be granted that much time. Love well. Name your blessings. Walk beside hurting people. Pray big, bold prayers even when the diagnosis is grim and your faith has been shaken to the core.


Let the peace of Christ rule in your hearts, since as members of one body you were called to peace. And be thankful.
- Colossians 3:15