Ringing in the New Year - a Hawaiin Vacation!

We recently got back from a trip I never imagined we would be able to take: 10 days in Hawaii!

Before you start thinking that we have become rich off my writing (ha!) or that we won the lottery, let me give you the backstory.

During the time of Aaliyah's diagnosis in late 2016, my brother, Jonathan, was readying his family for their next move. As an Army chaplain, he had received his orders, and they were off to Hawaii! It was, I'm sure, an exciting time for their family. Knowing that they wouldn't see family here on the mainland for a while, they traveled to Maryland to visit everyone. At the time, they were living in Kentucky, and instead of going straight home after the Maryland trip, their family of seven drove out of their way all the way to Houston, Texas, just to spend one day with us. I'd asked my brother to bring anointing oil, and I still laugh when I remember this. He brought a little glass jar of oil, and when I asked jokingly if it was the highest grade of anointing oil, he laughed and said he'd stopped at HEB and picked up some olive oil.

Anyway. He visited with us, prayed over Aaliyah, anointed her with oil, and we spent time at our house together as well. Then, he was off, shortly after to move to Hawaii. When we said goodbye in the hospital parking garage, I don't remember much of what we said. He and I were never much for deep conversations with each other, but I knew he felt the gravity of the situation. It was still early in the diagnosis stage, and we didn't yet know if Aaliyah had DSRCT or Ewing Sarcoma. The prognosis was terrifying.

Some time after my brother and his family moved, he sent me a message. He told me that he wished he could be there for us while we were going through everything, but that once we got through it, they wanted to help us with airfare, and they would welcome us to stay at their house for a Hawaiin vacation.
At the time, it was just a dream. I couldn't imagine going without Aaliyah, and she was so sick. But when she started getting better, he sent a reminder, and we finally decided that this winter was the best time to go. I was so busy this fall, and I'm normally a mega-planner when it comes to vacations, but I didn't have time to even look up what to do on the island. By November, all I had done was purchase the airfare, reserve a rental car, and schedule a pet sitter. My brother told me not to worry. They would have a list of things to do, and we should just come and enjoy. For the first time in my life, I gave over vacation planning to someone else - and I'm so glad I did.

Jonathan and his wife, Val, brought us on an epic adventure we never could have planned on our own - or afforded, actually! Just staying at their house and mooching off their food saved us enormous amounts of money. On top of that, we were able to use military discounts for some of our adventures, and we visited several quiet military beaches that we never would have known to explore.

Here's a little photo essay. The entire trip was packed, and the timeline is a blur, so I'll just pop in the highlights, in no particular order! 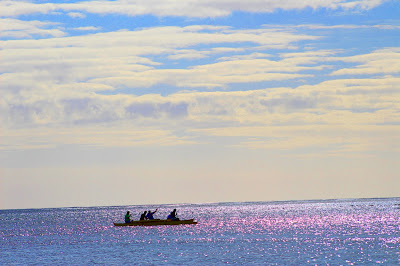 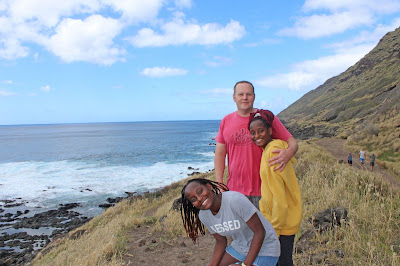